Math, science, and business are all part of the equation for James Merino, MBA ’98. 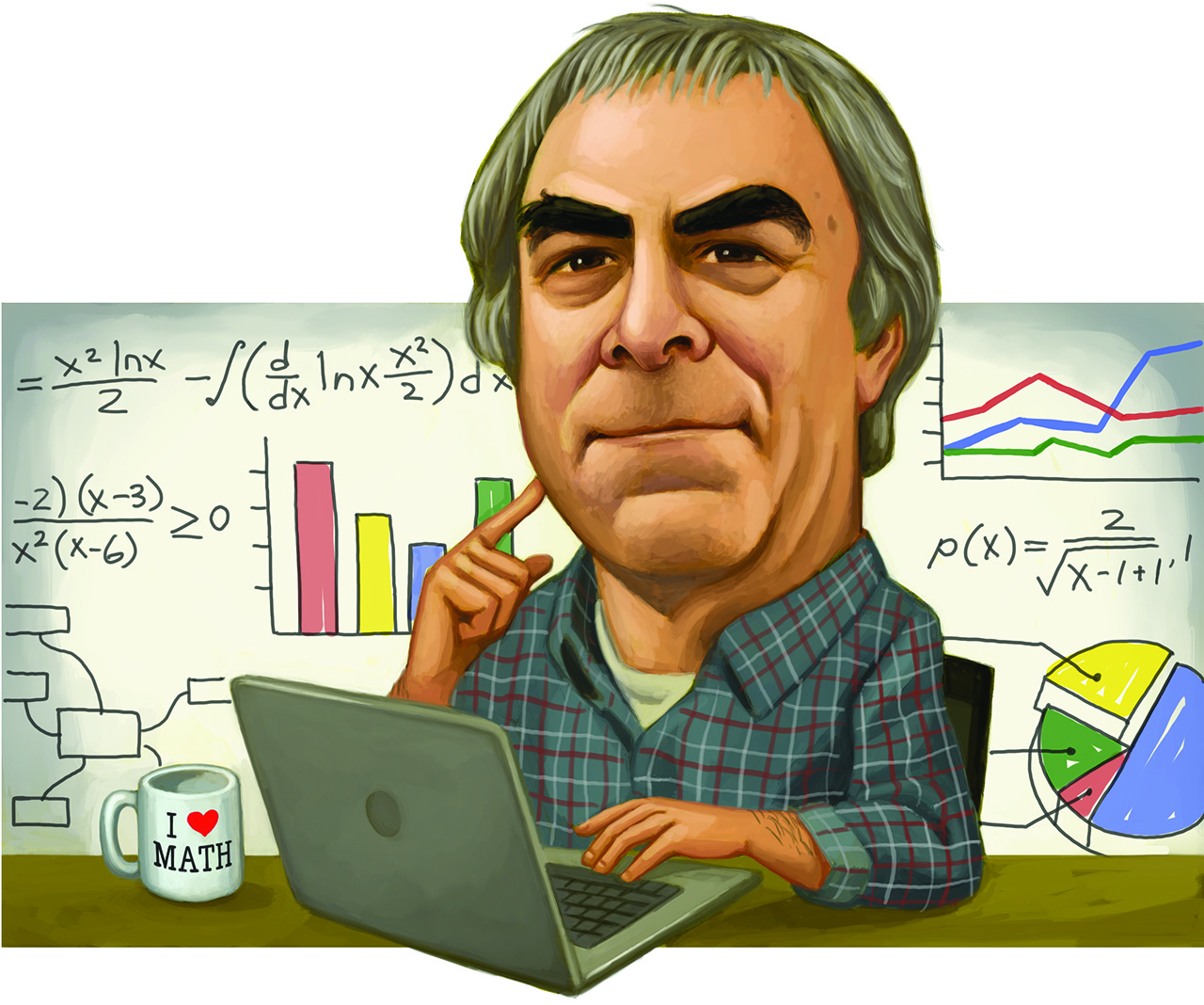 ducation and opportunity go hand in hand for James Merino, MBA ’98, a data engineer who has worked at some of the biggest firms in Silicon Valley. That’s why he created the Jaime J. Merino Endowed Business Scholarship for Master of Business Administration students at UC Riverside’s School of Business in 2016. The scholarship is named after his grandfather, who immigrated to the U.S. from Mexico in 1920 at age 11. With little money, Jaime worked as a farm worker in Arizona to help support his family.

“My earliest recollection was him saying, ‘Get an education. Without an education, it’s just not going to work,’” James said. The $50,000 endowed scholarship received a matching gift from the A. Gary Anderson Family Foundation Matching Gifts Fund.

When he started school after the family moved to Los Angeles, Jaime was first placed in second grade due to his poor English skills, but he advanced quickly. He attended UCLA before transferring to UC Berkeley where he graduated with an engineering degree. He had a successful career as a civil engineer, working on oil fields and building roads, according to Arlene Nielson, James’ aunt. James’ father — Jaime Ramon Merino — also became an engineer. Both his father and grandfather were an important influence on James from a young age.

“They were both enthusiastic about science and engineering,” James said. “Enthusiasm is infectious, so I probably had an inborn interest.”

“That was their conversation — they would come up with problems,” she said. “Then when they came for Sunday dinner, they would talk about it.”

James recalled his grandfather driving him past the California Institute of Technology in Pasadena when he was in grade school, and telling him to think about attending the university. Years later, James heeded his advice, graduating from Caltech with a bachelor’s degree in applied mathematics. He earned his doctorate in math at Stanford University, and taught math for six years as an assistant professor at Southern Methodist University in Dallas before realizing he had other ambitions.

“There were other problems I wanted to solve,” he said.

That led him to UC Riverside. Having grown up in nearby Diamond Bar, he was familiar with its reputation and enrolled at the School of Business in the mid-1990s. At that time, mixing math and business was not as common as it is today, but James thought the different disciplines complemented each other. After earning his MBA, James joined the national accounting firm Deloitte. A few years later, he became part of the early internet boom in Silicon Valley. As a research scientist for Yahoo!, he created customer data models and was among the first in the world to work on social targeting. He then founded two startups and worked at Facebook as an analytics manager in its advertising department, quantifying and analyzing ad performance.

“Facebook is a giant math problem if you come down right to it,” James said.

He now works as a senior data engineer at Roku where he develops voice controls for streaming services. A member of the UCR Foundation Board of Trustees, James said the university’s success in creating social mobility for students aligns with his grandfather’s vision.

“That was the sort of thing he would support — bringing in as many people as possible and making sure they get a good education,” James said.