Business students are no longer learning to manage stocks solely on paper.

ith a $200,000 portfolio on the line, members of the Hylander Financial Group take managing their funds very seriously.

The club formed in 2014 as a way for students in the School of Business and A. Gary Anderson Graduate School of Management to gain additional experience for careers in finance — the group uses the original Hylander spelling from a 1954 student write-in campaign for the campus mascot.

“The main goal was to give students as close to a real-life experience in portfolio management as possible,” said Ryan Whyte, a senior majoring in business and the club’s president.

In past years, the group managed what is known as a paper portfolio, making decisions on real stocks and equities without putting in any actual money.

But the stakes are different this year. Thanks to a $200,000 donation from an alumnus who prefers to remain anonymous, the Hylander Student Investment Fund was established, allowing students to manage a real portfolio beginning in the 2019 fall quarter.

“When there’s real money, you have to take the task more seriously,” said Jean Helwege, a professor of finance in the School of Business and faculty advisor for the club.

Any student can join the club and sit in on meetings, but to become a full voting member the student must take certain business classes and attend a 90-minute “boot camp” run by Helwege.

The club has about 50 members with around 20 actively involved in managing the portfolio. Managers are assigned to the 11 major sectors representing key areas of the economy, such as health care, energy, and industrials.

Each manager must prepare an analysis of his or her sector and pitch recommendations to other members. Those recommendations are debated and put to a vote before a decision is made.

It’s a rigorous process that helps students learn how to analyze and manage portfolios and work with other members in deciding how to invest, Whyte said.

“I definitely built a very strong foundation of skills like valuation, being able to talk at a pretty high level on the public market and trends in equities, which is pretty important in any career in finance,” he said.

Whyte said his experience helped him land an internship over the summer with an Orange County investment banking firm. He plans to pursue a career in finance.

At a recent meeting, the club heard a pitch from John Vega, a senior finance major and one of the portfolio’s managers. He suggested the club buy stock in Illumina, a biotech company that produces machines and tools for gene sequencing. His presentation included a PowerPoint with charts and graphs showing the company’s earnings over the last five years.

On the plus side, he said the company has cornered the market in its sale of sequencing equipment thanks in part to its acquisition of a competitor last year. It is also expanding internationally while going to the retail market with genetic testing kits.

Vega also outlined some potential downsides, noting demand could go down and other companies could develop similar technology and create more competition.

“All things considered, we think it’s a strong buy,” he said.

After a series of questions about the company’s strengths and weaknesses, Whyte called for a hand vote. All the voting members agreed to buy.

Helwege said an important part of choosing stocks is asset valuation, which involves understanding the industry, how much a stock is worth, when is a good time to buy, and what kind of return it will yield. Knowing when to sell is also crucial, preferably after the stock has gained value and before it starts to decline, she said. With its paper portfolio, the club managed to come out on top with several stock picks.

“That’s a level of discipline they should be really proud of,” Helwege said. “A lot of people want to keep going and see how much they can get with a stock.”

Zachary Enes, a graduate student in the School of Business and a longtime member of the club, said the club’s paper portfolio value increased by about 20% over the past year.

When the club switched to real investments, it kept much of the same portfolio, investing the $200,000 in the same stocks and bonds it had researched before while monitoring their progress closely. 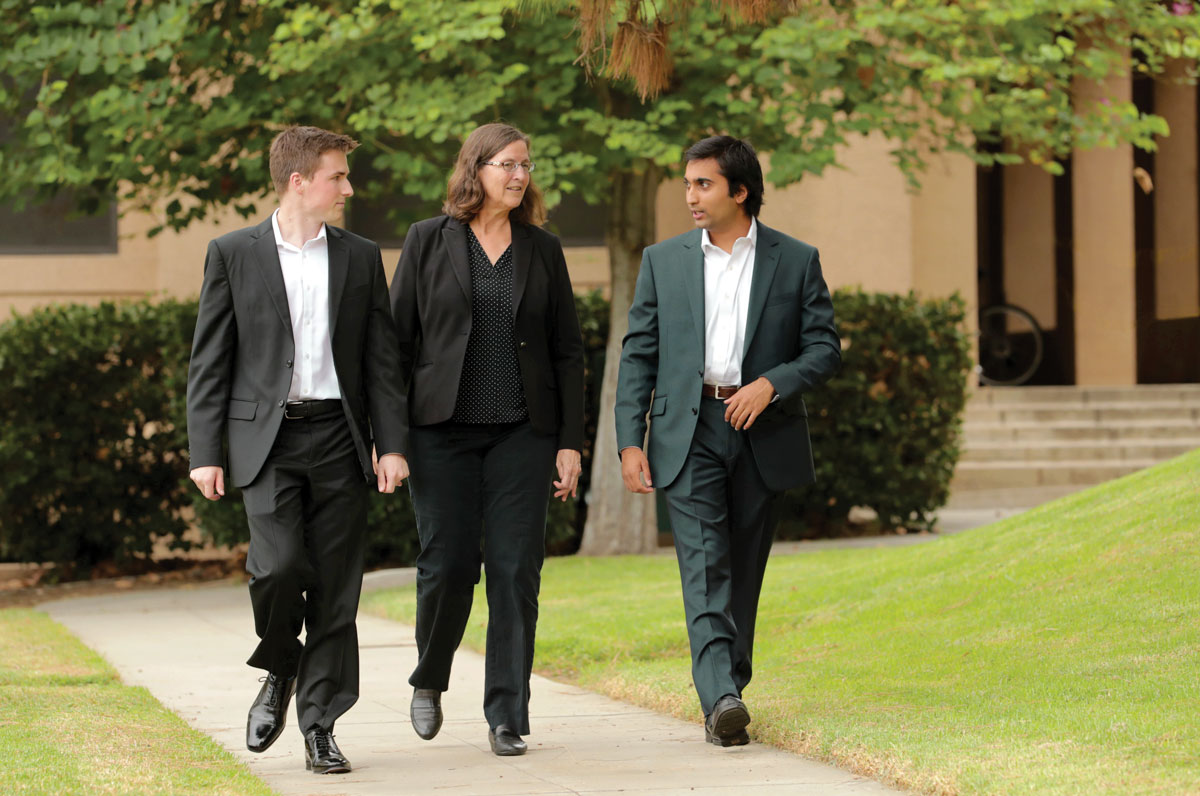 At one meeting, club members reviewed the latest fluctuations in the market and their attention turned toward one stock in particular, Glendale-based Public Storage, whose price had dropped by more than 10% in the past month.

Hermen Truong, a senior who serves as portfolio manager for the real estate sector, was asked by the group to deliver an impromptu report on the company’s performance. He noted Public Storage had mixed results in its third financial quarter, with operating costs going up while revenue was lower than projected.

Truong suggested holding on to the stock in case it rebounds in the summer, but added he’s “open to selling it.” After a few minutes of discussion, Truong said he would put together a report for the next meeting looking at the pros and cons of selling the club’s shares of Public Storage.

Shweta Kejriwal, a graduate student pursuing a master’s degree in finance and a portfolio manager in the consumer discretionary sector, suggested an investment in Starbucks.

She outlined some recent positive signs for the company: plans to open 3,000 stores in China over the next three years, and an expansion in India that will get it closer to its goal of 10,000 stores worldwide.

“Even if the economy goes down, people are still drinking coffee,” Kejriwal said.

Enes, who oversees portfolio allocation and was leading the discussion, liked the idea.

“Is there any downside to penetrating a market with a billion people with an addictive product?” he asked rhetorically.

The club agreed to have Kejriwal return with a formal pitch on buying the stock at a future meeting.

Club members are optimistic the experience gained in these meetings will pay off — not only in potential earnings but in future job prospects.

“They can say they’ve managed money for two years before coming out of college, which is amazing on your resume,” Enes said.

“In the long run, it will have a big impact on our reputation as a business school and a place to study finance,” she said.