A journey through author Tod Goldberg’s world of crime fiction.

Blurbs and photos by Tod Goldberg

TOD GOLDBERG’S new book, “The Low Desert: Gangster Stories,” explores the noirish underbelly of California’s inland desert through short stories that expand upon the world of his earlier novels “Gangsterland” and “Gangster Nation.” Here, the professor of creative writing and director of UC Riverside’s low-residency MFA program gives us the inside scoop on some of the more interesting — and peculiar — places that crop up in the book. 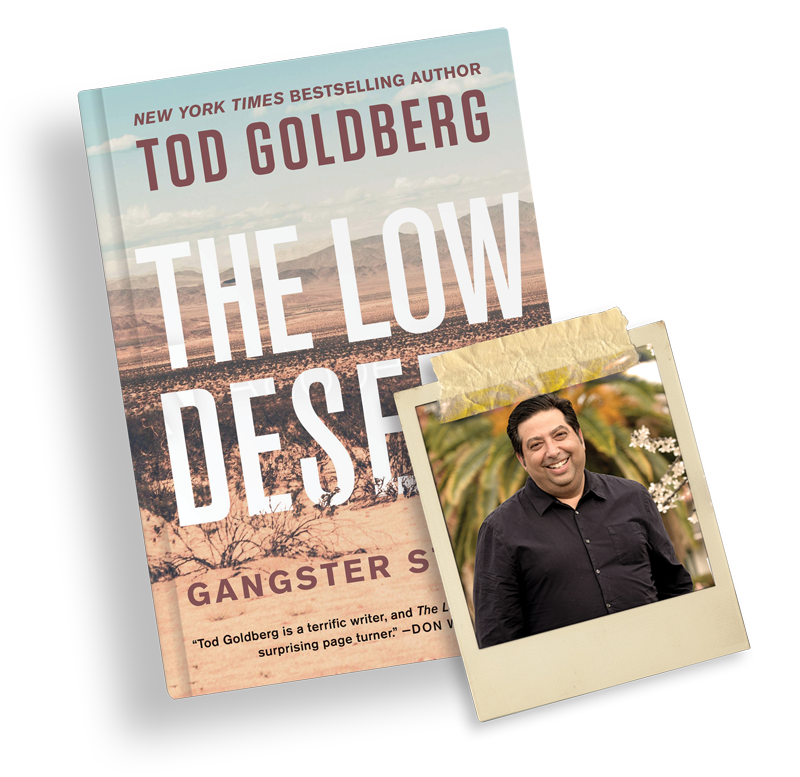 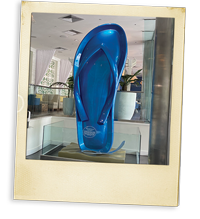 “The Riviera Hotel was located on the north end of Palm Springs, about an hour from the Salton Sea. It was the kind of hotel Elvis stayed in when he was visiting. The kind of hotel where you stayed so you could tell people you’d stayed there.” (From “The Low Desert”)

The Riviera Hotel was so mobbed up, by the early 2000s, it became the hotel’s main selling point. You want a real Rat Pack experience? You want to stay somewhere Frank, Dean, and Sammy got into a bit of real trouble? Well, here you go. The place smelled like a corpse, and periodically, they’d find one on the grounds too. But still, a fun place to get a drink on Tuesday night and make some poor personal decisions. Last year, it became Jimmy Buffet’s Margaritaville Resort. That’s a giant flip-flop. I could cry. 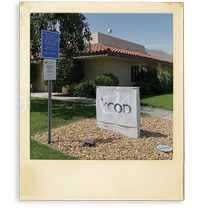 “It looked to Blake like maybe the college had bought a house, did a light remodel, and then built a radio tower in the backyard. He’d seen a similar setup at a Sinaloa stronghold in Mexico, where the bosses ran their own private radio, TV, and Internet network, though the College of the Desert’s set up wasn’t nearly as nice.” (From “Goon Number Four”)

For the last few years, before the pandemic hit, I’ve been the co-host of a radio show on KCOD called “Open Book,” along with my UCR colleague Maggie Downs, as part of a partnership between the community college and the MFA program I direct. Twice a month, Maggie and I would plant ourselves in this strange house that’s been turned into a radio station, and we’d interview some of the top authors and artists in the world. We were even nominated for a national award! So when I started a short story about a goon — the tough guy in the background, basically — who goes back to school at a local community college and finds himself working for the campus radio station, well, I had but one choice of where to set it. 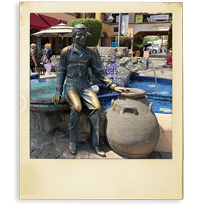 “Tania checks her watch. She agreed to meet Gordon at 6:30 in front of the statue of former Palm Springs Mayor Sonny Bono that graces a courtyard up the street from the casino.” (From “Palm Springs”)

Is there any greater honor than having a statue of yourself squeezed between a sushi place, a hamburger joint, a steak house, and a Chico’s? If there’s any recompense for Sonny Bono — who was both the mayor of Palm Springs and later a congressman for the district, plus, you know, Sonny Bono of Sonny & Cher — he was deeply devoted to making downtown Palm Springs a real shopping district and not the spring break haunt it was when he took office. But to be clear, it’s a terrible statue that looks nothing like Sonny and locals generally abhor it as a spot where snowbirds gather to take photos of themselves and their sunburns. True story: My mother, a Palm Springs journalist, and Sonny were pals. When he died, my mother guest hosted his funeral on MSNBC with John Seigenthaler. 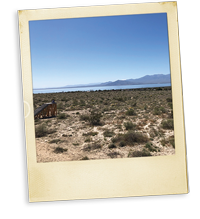 “I am not surprised when a strong gust of wind picks up from the east and I make out the faint scent of the Salt, pungent and lost and far, far away.” (From “The Salt”) The Salton Sea reoccurs throughout “The Low Desert,” both as a symbol and as a plot point (and of course, as a setting).

I live about 30 minutes from the Salton Sea, but it could be another planet. Here you see the wide-open desert abutting the sea, the Chocolate Mountains in the distance, and everywhere else, peril. What you can’t see is … the smell. The noxious fumes that rise from this fetid sea. The stench of another round of avian cholera that has claimed countless birds. The tilapia little more than bones along the shore. We must fix this place. I doubt we ever will. It is so beautiful and doomed. 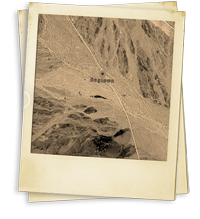 “It’s all sand and creosote broken up periodically with what looks like finger scratches where primitive roads used to be, the only proof that anyone inhabited this place. Other than the fact that this rut of desert has a name at all.” (From “Ragtown”)

If you drive the back way from Palm Springs to Las Vegas — which is to say, if you don’t drive on Interstate 15 and instead opt for a series of desert roads that push you deep into the Mojave in order to save about 30 minutes of travel time — you’ll find yourself driving through a series of desert towns that have long since disappeared, part of the old mining district that existed in these parts and which hew near the old Southern Pacific line. One of those missing places is Ragtown, which as you can see does not exist anymore, but there it is, viewed from space. It’s the kind of place where you imagine bad things might happen. And oh, in my world? Bad things happen in a place like Ragtown. 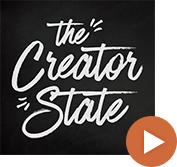 Click here to hear more from Tod Goldberg about "The Low Desert" on the latest episode of the Creator State Podcast.