THIS GOALIE IS CHANGING THE GAME
FOR OTHERS AFTER NEARLY MISSING OUT ON HIS DREAM.

Angel Noriega’s father is fast. So fast that when he was growing up in Culiacán, Mexico, his brothers would organize races against other kids in their neighborhood and take bets. Sometimes, they’d even shove bricks in his hands to up the ante — and he still won.

Noriega’s dad later took his speed to the soccer pitch, and his passion for the sport is something he and his son share. But when Noriega was 10 and told his dad he wanted to be a goalkeeper, his father wasn’t too happy.

“He wanted me to be a field player like him,” Noriega, 22, remembered. Trying to dissuade his son, Noriega’s dad emulated what it feels like to play in goal by having his son stand against a wall and kicking the ball toward him — hard.

But Noriega said it had the opposite effect, helping him get to where he is today — playing for the Highlanders and preparing to graduate in spring with a bachelor’s degree in education.

“It was definitely not his intention,” Noriega said. “But, at that point, he took the scariness away from me.”

Noriega and his father, a welder, and his mom, a fast-food worker, moved to Sylmar, a suburb of Los Angeles, when he was 1. He grew up playing on a number of club soccer teams with kids from across the L.A. area and noticed they were often split between players who came from low-income Latino families; and those who came from wealthier white families.

“Most of our parents were construction workers, labor workers, and — for the most part — the other parents had businesses,” Noriega said. “Their parents went to school, and (their kids) had opportunities we didn’t have.” 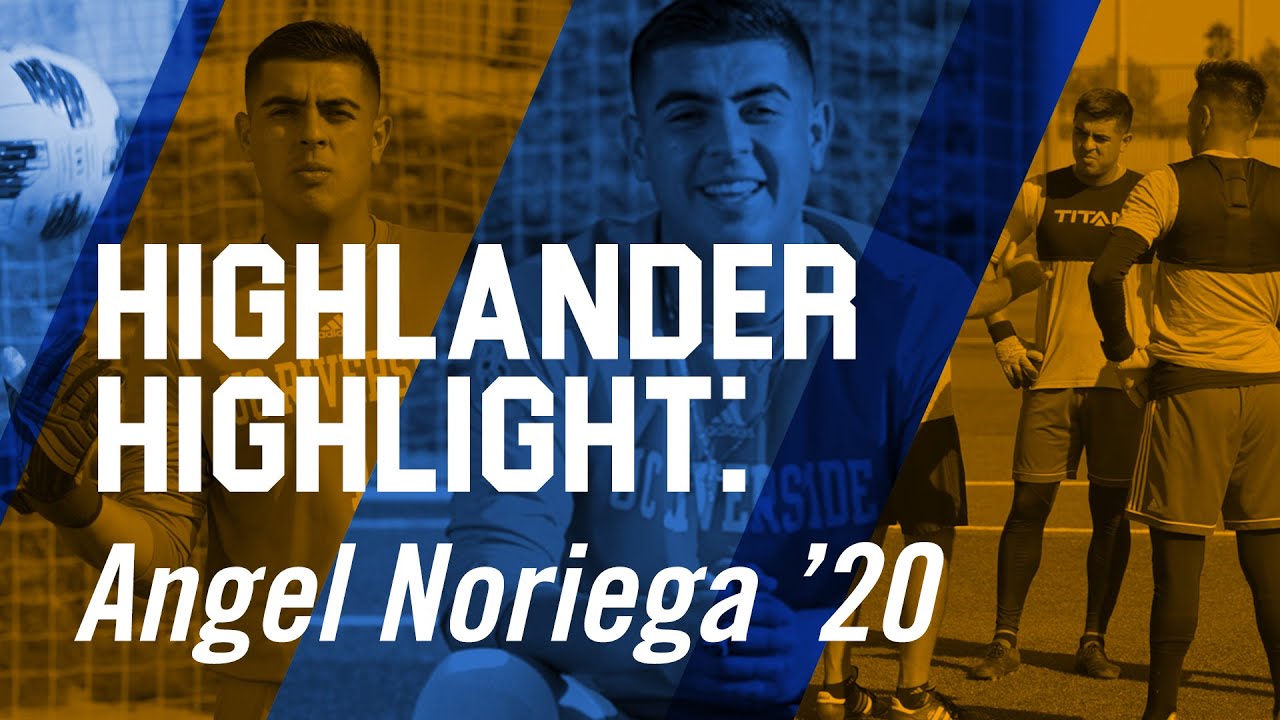 Though he didn’t know it at the time, this disparity sparked something in Noriega that wouldn’t take shape until he got to UC Riverside a few years later.

But getting here wasn’t easy. Though he had scholarship offers to Division I schools, Noriega’s grades slipped in his senior year of high school, and he wasn’t academically eligible to play at that level.

But Noriega didn’t give up. He applied for the Deferred Action for Childhood Arrivals program, or DACA, after he graduated from high school and enrolled at Los Angeles Mission College to play on the soccer team. He worked at Pizza Hut and Wingstop in the offseason to pay for tuition.

Though he had to redshirt his second season at Mission for academic reasons, Noriega worked hard to raise his GPA. A year later, he was a goalkeeper for the Highlanders. At UCR, he became good friends with Francisco “Panchito” Ramirez, a former Highlander soccer player who was also a DACA student.

Ramirez had started a Lancaster-based nonprofit called The Dreamers Soccer Clinic, and his passion for education and social justice rubbed off on Noriega, helping him realize he had an opportunity to do something about the lack of educational and mentorship opportunities for kids from backgrounds like his. Through the clinic, Noriega hosted a youth soccer team from Antelope Valley at UC Riverside, telling them and their parents about his story and the value of a college education.

He’s also been inspired to start his own organization for young athletes in Sylmar. Beginning next summer, he hopes to bring soccer coaches to his camp to help kids improve their skills, while also reinforcing the importance of going to college — and the resources available to help them afford it.

On the academic front, Noriega traveled in June to the Hip Hop Youth Research & Activism Conference at Rutgers University in New Jersey to present research regarding the role of education, hip-hop, and sports in empowering low-income communities in Venezuela.

After graduation, Noriega wants to pursue a master’s degree and doctorate in education, hoping to one day serve as a board member on the L.A. Unified School District Board of Education.

“UCR is a land of opportunities,” he said. “It’s given me an opportunity to meet people with different backgrounds, different cultures, different struggles. I got woke.”