These best buds from down under put aside national differences — sometimes.

Lakers vs. Celtics. Yankees vs. Red Sox. Sports is full of passionate rivalries, and Australia vs. New Zealand ranks among the most heated in the world. Yet UCR’s Dragan Elkaz, an Aussie; and Callum McRae, a Kiwi, have defied the odds, becoming best friends since arriving at UCR in 2018 as men’s basketball recruits.

But their relationship got off to a shaky start.

When an exhausted McRae finally arrived at his dorm after a 14-hour flight to Los Angeles, all the 7-foot-1-inch center wanted to do was rest his long, weary legs.

Elkaz, however, had other ideas.

“Nah, I’m good,” he said when an assistant coach introduced the two players and asked Elkaz whether he wanted a roommate.

Later, he heard a knock on his door — McRae again. There were no other rooms available, so the two were stuck together. After an awkward few moments, Elkaz broke the ice.

From then on, it’s been smooth sailing.

“That’s the only reason I don’t like roommates,” Elkaz explained. “If they snore, I can’t sleep.”

The two 20-year-old sophomores are now inseparable. Each has relied on the other as they adjust to life in the United States, college academics, and the rigors of NCAA Division 1 college basketball.

And usually, they’re ragging on each other. All in good fun, of course.

“New Zealand’s a better country,” McRae said of the differences between their two homelands. “They’re just jealous of us.”

“For the record, New Zealanders emigrate to Australia,” Elkaz responded.

Their first five weeks in America were especially tough as both players adopted strict diets to get into shape. Over the course of the year, Elkaz shed 5% of his body fat, and McRae dropped 2%. Better conditioning, and a year of experience under head coach David Patrick, an Australian native, should help the Highlanders improve on their 10-23 record last season.

“We’ll be a faster team; we’ll be a stronger team,” McRae said. “We weren’t really physically imposing because we were so young.”

Luckily, they’ve been able to try some tastier dishes since their arrival — and they both have the same favorite food.

When they’re not in the gym practicing, the two friends are usually in their room watching Netflix — “Peaky Blinders” is their current obsession — or playing video games. McRae grew up in Palmerston North, a city on New Zealand’s North Island about 90 miles north of the capital, Wellington. He started playing basketball seriously at age 9, when he already stood nearly 6 feet tall. His older brother also played, which helped pique his interest. 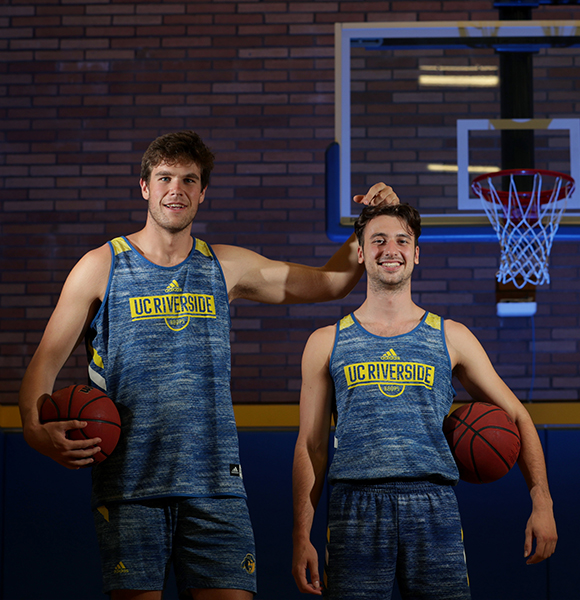 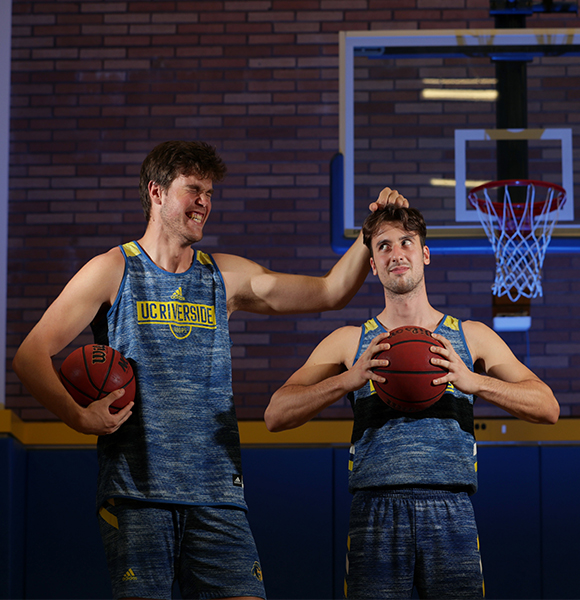 “I was drawn to the game because I was so much bigger than everyone else,” McRae acknowledged. His dad, Peter, played rugby, far and away the most popular sport in the country, where the All Blacks reign supreme.

Elkaz, a 6-foot-5-inch guard from Sydney suburb Green Valley, shot 43% from three-point range last season. He started playing basketball around age 6. But his first exposure came almost by accident as his dad practiced tennis with his older brother on a netball court — a game similar to basketball but with no backboards.

To pass the time, the young Elkaz picked up a ball and started shooting.

Before their official introduction at UCR, McRae and Elkaz competed against one another as members of their respective youth national teams in the Under-16 Oceania tournament. McRae’s New Zealand managed to beat Australia in the early rounds, but narrowly lost to Elkaz’ Aussies in the final.

A few years later, McRae got his revenge against Australia in the Under-19 Oceania final, although Elkaz wasn’t on the team.

“That was amazing,” McRae said. “They’re always expected to win.”

These days, the student-athletes are working toward the same goal, both on and off the court.