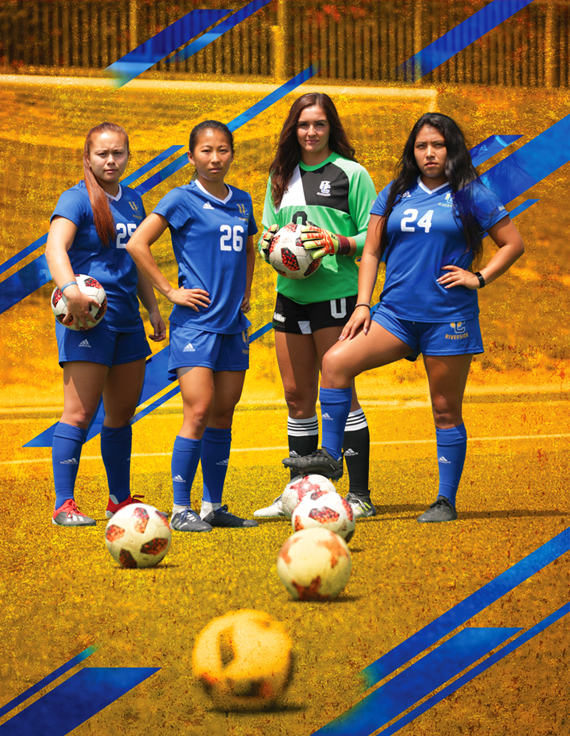 No one really understands the offside rule in soccer.

While National Football League referees can’t seem to agree on what constitutes a “catch,” FIFA, soccer’s international governing body, has struggled to define what it means to “interfere with play” as part of an offside call.

This conundrum raised its head again in the 50th minute of the U.S. Women’s National Team World Cup match against Sweden on June 20, baffling patrons of the Getaway Cafe on Canyon Crest Drive, including four members of the UC Riverside women’s soccer team who had gathered to watch the game the week after finals.

“Why are they checking?” said Katie Wong, a 19-year-old sophomore fullback for the Highlanders, as the referee walked to the sideline monitor to review whether Carli Lloyd was offside in the buildup to the Americans’ second goal. “She didn’t touch it.”

“She affected the play,” responded Annie Bailey, 22, UCR’s redshirt senior goalkeeper, whom head coach Nat Gonzalez described as one of the best at her position in the college game.
A fan at a nearby table opined loudly to his friends: “This is a 50/50 call.”

About 30 people had come to watch the game at noon on a Thursday, many of them men, most sipping pints of beer despite the relatively
early hour.

Minutes later, the goal, a tight-angled Tobin Heath shot that sailed over the head of Swedish goalie Hedvig Lindahl, was allowed to stand, much to the assembled crowd’s relief. 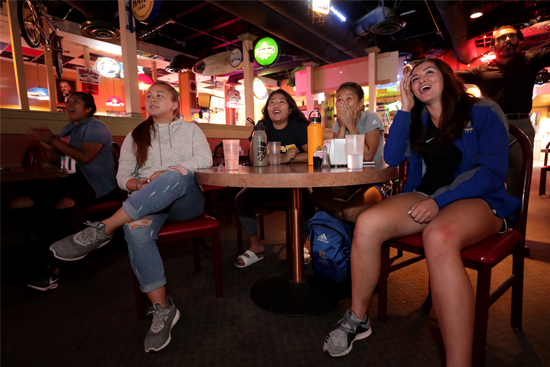 The popularity of women’s soccer has never been higher. After the game between Sweden and the United States, Fox announced that about 3.9 million total viewers had watched the match in the U.S. across broadcast and streaming services, with 19 million tuning in for the tournament final. Total viewership for the France-based tournament was also higher than the 2015 World Cup in Canada despite the bigger time difference.

Tickets for the World Cup quarterfinal between the U.S. and host France in Paris were going for as much as $3,800 on StubHub 48 hours before the match. And if you just wanted to get in, you’d still have to shell out more than $500.

Yet despite this surge in interest, the sport is still struggling with substantive issues.

In March 2016, five U.S. women’s players filed a pay-discrimination complaint against U.S. Soccer with the Equal Employment Opportunity Commission. On March 8 of this year, all 28 players sued the federation, making similar allegations including that the federation denies them equal playing, training, and travel conditions and promotes their games less compared with the men’s soccer team, The Wall Street Journal reported in June. The suit alleges that if each team played and won 20 nontournament games a year, a top-tier women’s player would earn 38% of what a high-level men’s player would make.

On June 27, the Journal reported that between 2016 and 2018, women’s games generated about $50.8 million in revenue compared
with $49.9 million for the men, according to audited financial statements from the U.S. Soccer Federation.

ESPN also reported in July that sales of U.S. Women’s National team jerseys have outpaced all other U.S. soccer jerseys, including those of the men’s team, according to statistics from Nike and Fanatics, the two licensed sellers.

The players and federation have agreed to pursue mediation after the World Cup.

Wong said the issue of pay equity is one that leaves her feeling bitter given the success of the U.S. women’s team.

“A lot of the World Cup games generate more people viewing than the men’s team,” Wong said. “It’s ridiculous that it’s 2019, and women are still fighting for equal pay.”

The U.S. Men’s National Team drew just over 2 million viewers for its World Cup qualifying match against Mexico in June 2017 — its highest ratings number that year and since. Notably, the American men failed to qualify for the 2018 World Cup in Russia.

Despite the increased hype for the Women’s World Cup, Bailey said she had a hard time finding women’s team jerseys on sale at her local sporting goods store before the tournament.

“They had this one little rack of Women’s World Cup stuff,” said Bailey. “It’s a little disappointing.”

Wong, however, already owned the jersey of her favorite player. She proudly lifted her sweater to show off the white No. 10 shirt of Carli Lloyd, a two-time FIFA Player of the Year. Behind her, a female fan donned the blue version. 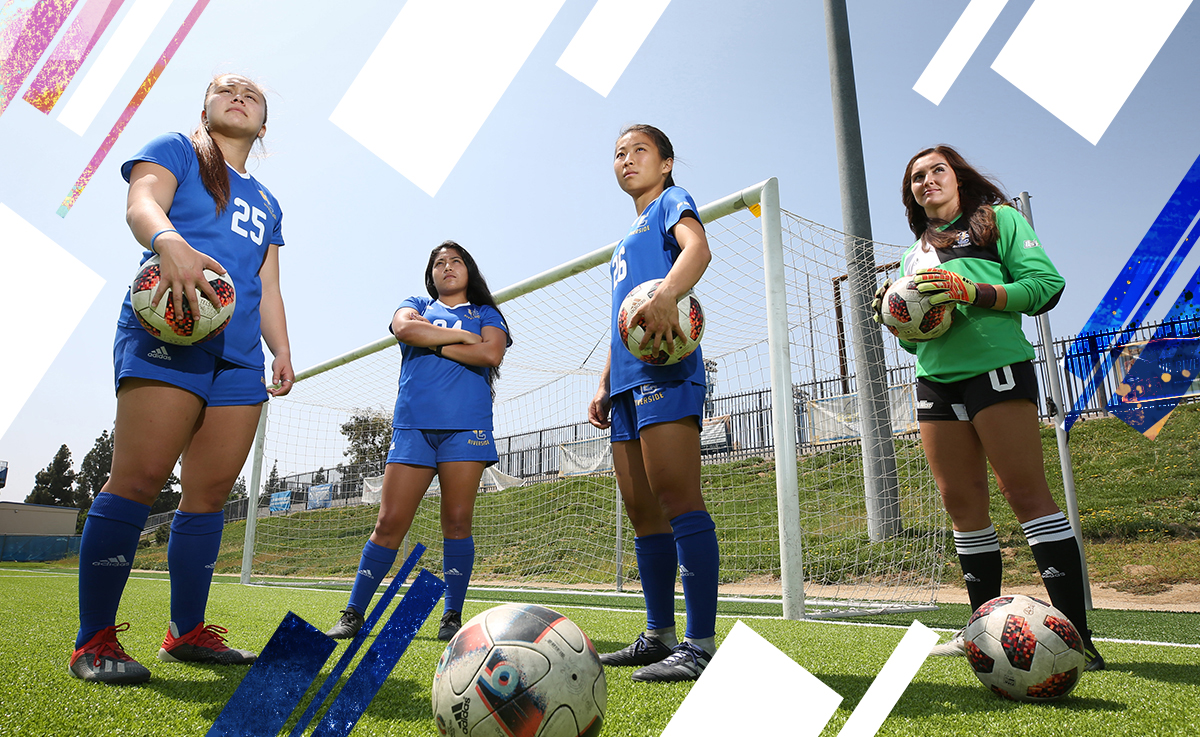 There are also fewer opportunities for women to play professionally — a problem not confined to soccer. For example, the National Women’s Soccer League, the only female pro league in the U.S., has just nine teams, compared to Major League Soccer’s 24.

Despite the tough road, some UCR players are finding success. UCR midfielder Kyra Taylor, who graduated in June, has signed a contract to play professional soccer in Iceland. Samantha Arellano, who graduated in 2016, now plays for the women’s team of Club América, one of the biggest clubs in Mexico.

Gonzalez, the Highlanders’ coach, noted that while it’s still difficult for women to make a career playing soccer, the situation is improving around the world as new professional leagues spring up.
“All the other countries are developing their national team, as well as developing a domestic league of some sort,” said Gonzalez, a former U.S. Women’s Youth National Team assistant coach under Jill Ellis, the senior U.S. squad’s head coach since 2014.

Gonzalez said several members of the 2018 UCR women’s soccer team have the opportunity to turn pro, including Bailey, whose individual goals-against average of 0.45 ranked fifth nationally in 2018. The team also had a 0.45 goals-against average, the third lowest in the nation.

“I’m willing to go anywhere,” said Bailey, who grew up in Rancho Cucamonga and started playing soccer at the age of 5. “At this point, I’m not ready to give the sport up.”

Her dad, a former high school goalie, encouraged her to play between the posts, though the 5-foot-8-inch Bailey admitted she originally wanted to be an attacker.

“When you’re tall, you get stuck in goal,” she said.

While Wong said she would also love to play professionally, it’s not her top priority. The Corona native has a strong connection to her community and has helped raise thousands of dollars for a number of charitable and philanthropic causes since she was a kid, including $55,000 for the Orange County Inland Empire chapter of the Leukemia & Lymphoma Society.

At the age of 10, she and her sister sold lemonade as away to contribute to the medical expenses of a sick friend diagnosed with bone cancer. Among a number of other efforts, Wong has rehabilitated used dolls to give to underprivileged children, assisted mothers of Blue Star military families, and was responsible for gathering more than 1,000 holiday cards to send to troops overseas, as noted in a 2018 Los Angeles Times story.

“I want to get more schooling and make a change in the world,” Wong said, noting she may want to attend medical school. “I just want to help people.”

Isabella Lee and Neyda Martinez, two other Highlanders who joined Wong and Bailey to watch the match, also have strong desires to play professionally.

Lee, who was born in Taiwan, came to the U.S. for her senior year of high school to fulfill her dream of playing soccer in college, and hopefully beyond.

She enrolled at the IMG Academy in Bradenton, Florida, a boarding school geared toward student-athletes. Though she originally came just for
a summer soccer camp, one of the coaches told Lee that she would have to move for good to catch the eye of recruiters.

“I knew if I stayed home, I wouldn’t have the chance to play college soccer,” said the 21-year-old senior, adding the sport is far from the most popular one in Taiwan, where badminton, tennis, and even table tennis garner more interest.

Because she wasn’t born in America, Lee didn’t grow up supporting the U.S. women’s team. She has always had a soft spot for Japan, partly because it’s another Asian country, but also because of the way the team plays.

“Everyone’s small,” said the 5-foot-2-inch forward about the Japanese players. “So, you have to be technical.”

Martinez, 20, a senior holding midfielder from South Central Los Angeles, joined the team as a freshman walk-on after failing to get recruited in high school.

“I begged Coach Gonzalez to give me a shot,” she said. “I just wanted a chance to prove myself.”

Gonzalez agreed, and Martinez strived to make the most of her opportunity knowing every move she made would come under intense scrutiny — even setting up cones for practice.

It didn’t take long for her to make an impression, Gonzalez said, describing Martinez as “aggressive” and “super competitive” on the field. “I kid you not; about a half hour into her first practice, the girls were like, ‘Who is this?’” Gonzalez recalled.

“She was very confident coming in and talking and directing traffic as a trial player.”

Two weeks later, she was on the team, the only one of six walk-ons to make the roster last season. Two years later, she earned a scholarship. Now her goal is to play in Europe. As a fan of Manchester United, she often watches England’s Premier League, both the men’s
and women’s versions.

The Highlanders had an impressive 2018 season, posting an 11-4-3 record, including a 12-game unbeaten streak to start the year. But Big West competition proved tough, with the team going 2-4-2 against conference opponents, including a 2-0 loss at Hawaii on Oct. 25, a game in which a win would have seen them qualify for the NCAA tournament.

“We entered conference, and things didn’t go as great as we had planned,” Bailey said. “But that’s just the game.”

Having lost a number of senior starters, the 2019 team will see a lot of fresh faces stepping into bigger roles. The team will undoubtedly look to Bailey as a leader, a role she began to embrace last season even though it didn’t always come naturally.

“I like to lead by example,” Bailey said. “(Last) season was definitely different for me in trying to step out of my comfort zone and be a leader more vocally on the field.”

But if you ask her teammates, they seem to think her vocal qualities are pretty strong.

“When I’m on the field, I just hear Annie,” Wong said, her teammates nodding in agreement. “I just listen and do what she says. I don’t want to disappoint her. She’s like the team mom.” 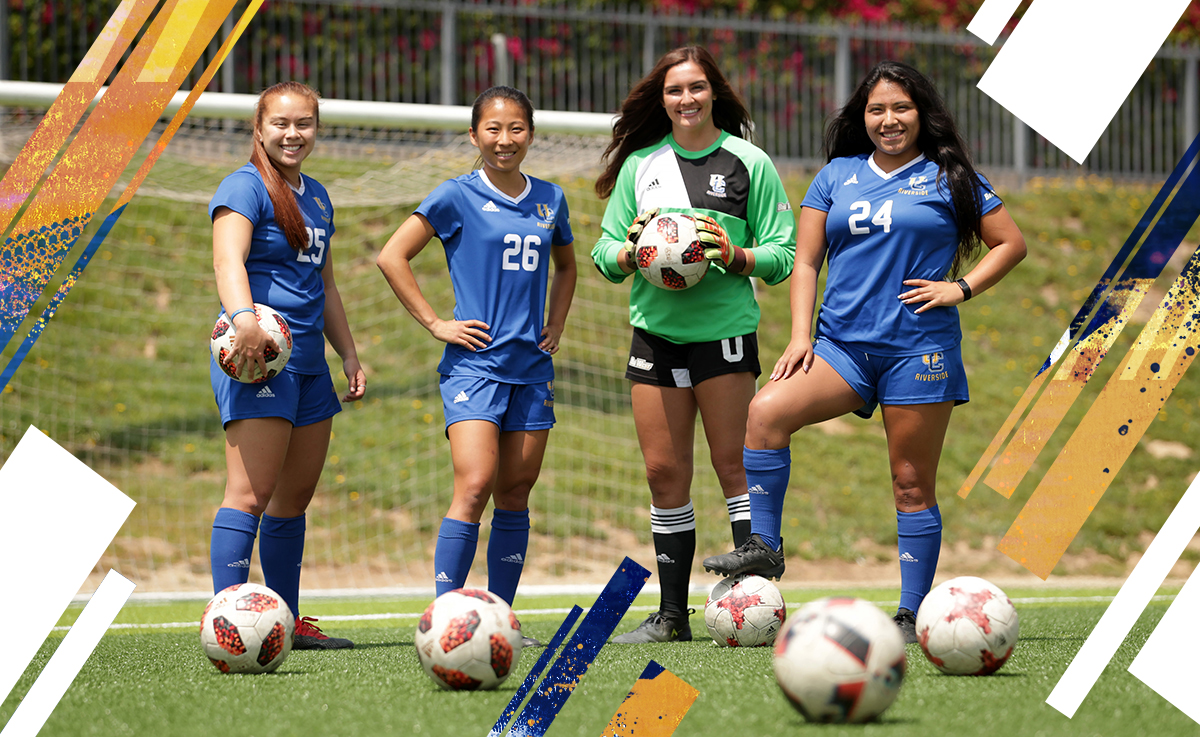 As the World Cup game continues on the big screen, it’s hard for the Highlanders to sit back and enjoy the spectacle as fans. A number of U.S. turnovers draw criticism as the Americans fail to capitalize on their dominant possession.

“They’re kind of giving away their chances,” Bailey lamented. In the 90th minute, U.S. midfielder Sam Mewis stormed through the Swedish half and played a perfect pass to Lloyd, who found herself in a one-on-one showdown against Swedish keeper Lindahl. Lloyd shot to Lindahl’s left, but the goalie read it, parrying the shot away with her hand. Another chance missed, though at 2-0, a U.S. victory was already in the bag, and less than three weeks later, their fourth World Cup trophy was too.

Bailey acknowledged she roots for the goalkeeper in those situations, no matter what jersey they’re wearing. The pressure-packed moments are actually her favorite part of the game, mainly because they give her a chance to showcase her skill. Lee said one-on-ones — in which goalies are the last line of defense — bring out Bailey’s best.

“I feel like you close all my angles,” Lee told Bailey, pointing out she fails to score against the goalie at practice. “I don’t know what to do. What angles are open?”

But Bailey, who will likely be plying her trade at the next level after graduation, wasn’t about to give up her secrets, even to her friend and teammate.

“You trying to score on me?” she quipped with a smirk.