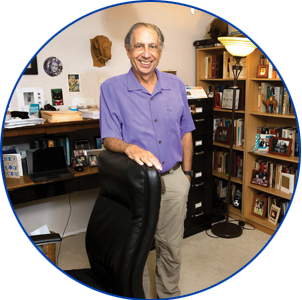 orking from home is nothing new for UC Riverside professors Steven Brint and Michele Renee Salzman. The pair, who have been married for 35 years, were accustomed to teaching on campus and reserving research and writing for days spent at their home in Claremont — each in their own oft-used home offices. Brint, a distinguished professor of sociology and public policy, has filled his space with photos, mementos, and hundreds of animal pictures and drawings, which he says help him tap into a more untamed, creative side when writing. Salzman, a professor and chair of the Department of History, feels most stimulated by books, and her home office is brimming with many specialized titles critical to her research.

“Like Steve, I would work home one day, go in one day — kind of alternate back and forth,” Salzman said. “There’s no alternative now. There isn’t any differentiation.”

Despite the change in arrangements due to COVID-19, Brint and Salzman have found the current remote work situation to be a fruitful one, with Brint completing five papers and Salzman finishing her fourth book over the last several months. The two have stayed connected with their students through the summer with regular Zoom meetings and discussion groups.

“COVID of course has been terrible for everyone and has not allowed us to travel like we like to do, but it has kept me in front of my computer,” Brint said. “In that respect, probably my productivity is a bit higher.”

A sociologist specializing in higher education, Brint has written about the transformations of American universities for the last three decades and authored four books. Serving as director of the Colleges and Universities 2000 project, he has been funded by the National Science Foundation for nearly 20 years, helping create four databases cataloging thousands of variables on hundreds of U.S. colleges and universities from the 1970s onward. His latest book, “Two Cheers for Higher Education,” was published in 2018. Originally from Albuquerque, New Mexico, Brint earned a bachelor’s degree in sociology from UC Berkeley, followed by a doctorate in sociology from Harvard University. Salzman is an ancient historian specializing in religious and social history, her research focusing primarily on late antiquity — a period encompassing the decline and fall of the Roman Empire and rise of Christianity. For her research, Salzman often translates material culture such as inscriptions and carvings on stone from their original Latin and has spent most summers over the past 15 years conducting research at the American Academy in Rome, where she’s previously been a fellow, residential scholar, and trustee. She has published three books on Roman history, and her newest book, “The Falls of Rome,” was completed over the summer and looks at Rome’s response to a series of crises leading up to the empire’s collapse. A first-generation student, Salzman grew up in Brooklyn and attended Brooklyn College where she studied Latin and Greek. She received her master’s and doctoral degrees in Latin and Greek from Bryn Mawr College. Brint and Salzman both worked in Boston following college, and they met at a Halloween party in 1982.

“There was a very handsome looking cowboy standing in the corner, and we started dancing, but I decided I wouldn’t take my mask off,” Salzman said. “He had to sort of ask me out without ever seeing what I looked like.’”

The pair married in 1985 and have two children. They moved to California after both were offered teaching positions at UCR — Brint in 1993 and Salzman in 1995 — and bought their home in 1996. They noted the two offices were a selling point. Apart from work, they have kept busy during the pandemic by going on walks together and occasional hikes with friends.

“I thought I would brush up on Italian, relearn piano, learn more advanced statistics,” Brint said. “I haven’t done any of that.”

Salzman added: “I thought I would take up cooking and make sure to have Italian conversations with friends abroad. That hasn’t happened either.”

Although they have grown accustomed to remote work, both Brint and Salzman said they miss interacting with students and colleagues on campus.

“We’ll be happy when that comes back,” Brint said. 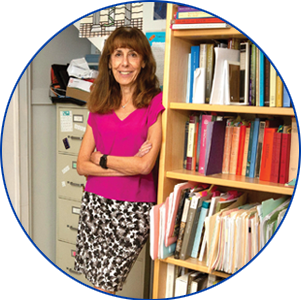 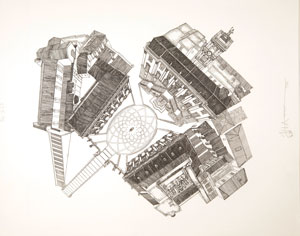 This drawing by architect Joe Aronson, which hangs in their home, was purchased by Brint and Salzman while Aronson was a resident artist at the American Academy of Rome. It offers a bird’s-eye view of Capitoline Hill, which Salzman likens to “the heart of Rome.” Atop the hill are two museums, a 13th-14th century senate house, and the Piazza del Campidoglio, a public square designed by Michelangelo. Brint and Salzman recall walking around the square during their many trips to the city. “It sort of symbolizes our constant connection to the city of Rome,” Salzman said. 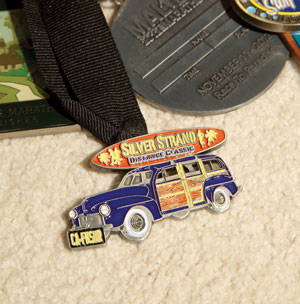 Salzman is an avid runner who often participates in half-marathons, and her medals hang in her office. Salzman usually runs races with friends, and a particular favorite is the Silver Strand Half Marathon, which runs along San Diego’s coastline. “It was right along the beach and just absolutely beautiful and cool the whole way, so it was really wonderful,” she said. Salzman is also fond of the medal, which features a classic woody surfboard atop an old station wagon. The medals inspire her to keep working, she said, noting they’re symbols of endurance and “finishing the race.” 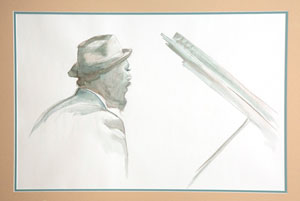 This painting of famous jazz pianist and composer Thelonious Monk, one of Brint’s favorite musicians, hangs in his office. Brint said he appreciates the sometimes discordant improvisational style of Monk’s music. “I love the sort of angularity and the architectural structure of it,” he said. “Monk’s music helps me to think nonlinearly and in counterpoint.” 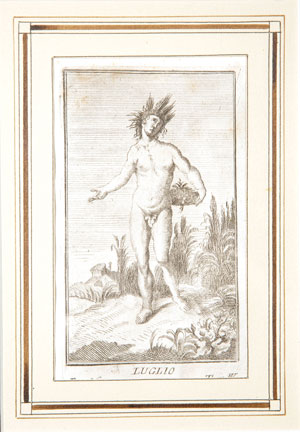 This image, which hangs in Brint and Salzman’s hallway, is of a 17th century etched drawing of the month of July that Salzman found in a Rome bookstore while in graduate school. At the time, Salzman was working on her first book, which is about an illustrated calendar called the “Calendar of 354.” Produced in the fourth century for a wealthy Roman, the original calendar is lost, but several copies have survived. One of 12 re-imaginings of the months from the original illustrated manuscript, Salzman could only afford to purchase a single illustration. She hoped to buy the rest from the bookstore after returning years later, but they had long since sold. “At least I have the one,” she said. 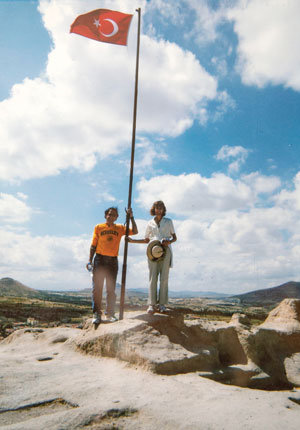 Brint and Salzman are both avid travelers and hikers, and this photograph in Brint’s office sees the two atop a hill in Cappadocia, Turkey. Brint said the photo is from a trip they took over a decade ago and is one of the few they have displayed of the two of them in nature, despite how much they enjoy hiking together. Last year, the pair hiked the Dolomites in Northern Italy, and they plan to frame those next.