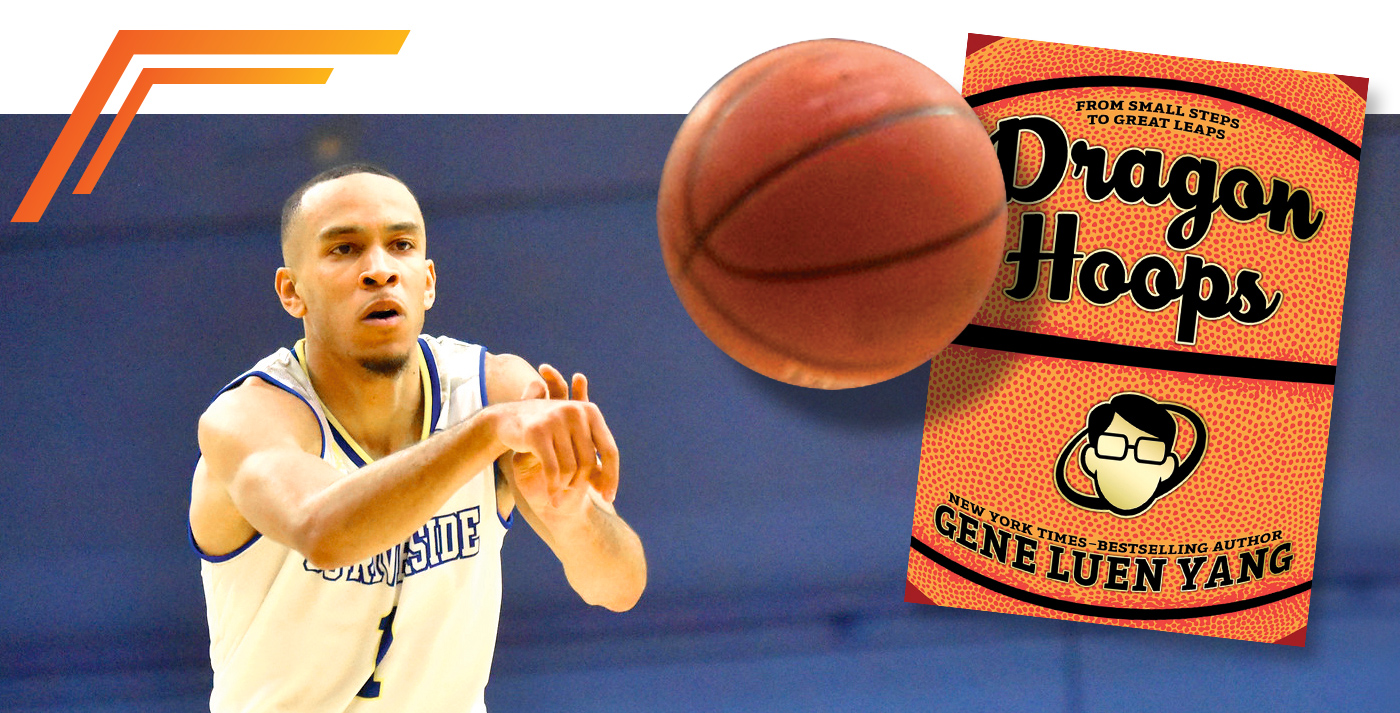 hen UC Riverside’s Arinze Chidom glanced at the syllabus for his world history class in fall 2019, he saw a name he knew — Gene Yuen Yang, the renowned graphic novelist who wrote the hit “Avatar: The Last Airbender” series for Dark Horse Comics. Yang also happened to be Chidom’s computer programming teacher at Bishop O’Dowd High School in Oakland. The instructor, Associate Professor Jennifer Hughes, included Yang’s graphic novel “Boxers and Saints,” about the Boxer Rebellion in China, on the course reading list and had also been trying to arrange for the author to speak to the class. Luckily, Chidom had a personal relationship with Yang, who documented Chidom and other members of the historic 2014-15 Bishop O’Dowd Dragons men’s basketball team, which won the California Interscholastic Federation Open Division Championship for the first time in school history, for his new book. The graphic novel, “Dragon Hoops,” was published by First Second Books in March and includes a chapter focusing on Chidom and his older sister, Oderah, a former member of the Dragons’ women’s basketball team who went on to play at Duke University before being drafted by the WNBA’s Atlanta Dream in 2017. Chidom, 23, told Hughes he’d be happy to text Yang and see if he could speak to the class. Yang responded quickly.

“He was like, I’ll do it for you for free. Make sure to get some extra credit for this,” Chidom recalled, chuckling.

Among its many storylines, “Dragon Hoops” recounts the highs and lows of Chidom’s high school basketball career, culminating in his fateful senior season. It depicts his fierce yet loving sibling rivalry with Oderah, who now plays professionally in Europe, as well as his humbling experience of playing on O’Dowd’s junior varsity team as a junior.

“Juniors don’t play JV traditionally among high school programs,” Chidom explained. “It was definitely a tough time. The coach saw potential in me, but couldn’t put me in front of anybody else on the varsity team,” which included two of the top college prospects in the country, point guard Paris Austin and center Ivan Rabb, who played with Chidom on varsity the following year.

What made it even tougher for Chidom was that he had to play JV in the shadow of his sister, who led the Dragons to the 2013 state championship and was selected to both the McDonald’s and Women’s Basketball Coaches Association All-American teams.

“She was probably the most iconic female athlete to ever walk through those doors,” Chidom said. “It was a lot to deal with socially.”

But things turned around quickly for the 6-foot-9-inch forward, who helped the school win its first men’s state title a year later.

“O’Dowd was always going to the state championship, but never getting it,” Chidom said. “The older we get, the more special we realize it was because people still talk about, ‘Oh, you’re part of that O’Dowd team.’ It was definitely a memorable experience, not only for us, but for the Bay Area.”

After graduating from O’Dowd, Chidom played another season at Sunrise Academy in Kansas to get some more game time in front of college scouts. He received a scholarship offer from Washington State University, where he played for two seasons before transferring to UCR in 2019. Last season, Chidom was the Highlanders’ leading scorer, averaging almost 12 points a game, along with 7 assists. The team is expected to compete for a Big West Conference title, and some experts think Chidom could be a contender for conference Player of the Year honors.

“I feel like if I do my job and do what I need to do, I will be in that discussion,” Chidom said. “I’m just trying to set myself up as best as I can to continue my career.”